In the framework of the internship of Simon Charpigny (engineering student at ENSTA) which took place from September 2021 to February 2022 under our supervision and that of François Bonnardot (DIROI/EC), we asked ourselves how to evaluate the quality of cyclone activity forecasts on a monthly scale. The “simple” idea of comparing forecasts made in the past with what has actually been observed is a methodological challenge.

A first classification of the cyclonic trajectories forecast by the 50 members of the ECMWF (European Centre for Medium-Range Weather Forecasts) monthly ensemble forecast was carried out by Simon. A classification predefined by the CMRS-cyclones at DIROI was used to classify all the tracks available in the S2S database. The classes obtained from the 1, 2, 3 and 4 week forecasts over the past 6 years were then compared to the classes obtained from the cyclones actually observed. Simon’s work highlighted certain biases in the model. A calibration was carried out to adjust the model predictions to the observed classes. These results were presented at the PISSARO Workshop in June 2022 (link to the presentation here)

This work will continue with the application of the same classification to build a cyclone forecasting aid product giving the probabilities of cyclone occurrence for the next 4 weeks for each of the classes of this predefined classification.

We thank Simon for his participation in the PISSARO project and wish him all the best. And, of course, we will keep you informed of the progress on the subject!

Legend of the figure:

Left: set of potential trajectories for the week of 15 January 2018 predicted 2 weeks earlier. In yellow, the system is at the stage of a depression, in orange of a storm and in red of a cyclone. In the centre: average occurrences of these trajectories by class as defined in the classification developed at the DIROI compared to the observed trajectory class (coloured dot). Right: trajectory of tropical cyclone BERGUITTA. Sources: DIROI/EC, PISSARO, Météo-France. One of the challenges of the PISSARO project is to extract information from the S2S intra-seasonal forecast data that is close to the observations and can be directly used in a cyclone hazard anticipation framework. The classification of the forecast tracks shows a higher probability of occurrence of a track of type 222 (grey colour, track located between 50°E and 70°E) which effectively corresponds to the class of the observed track of cyclone Berguitta. 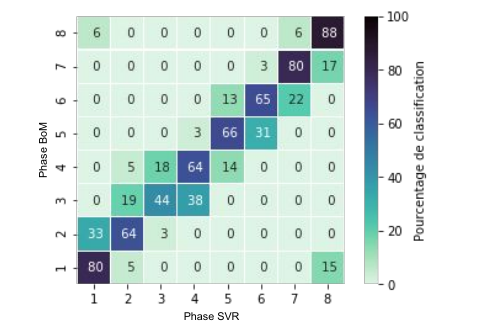 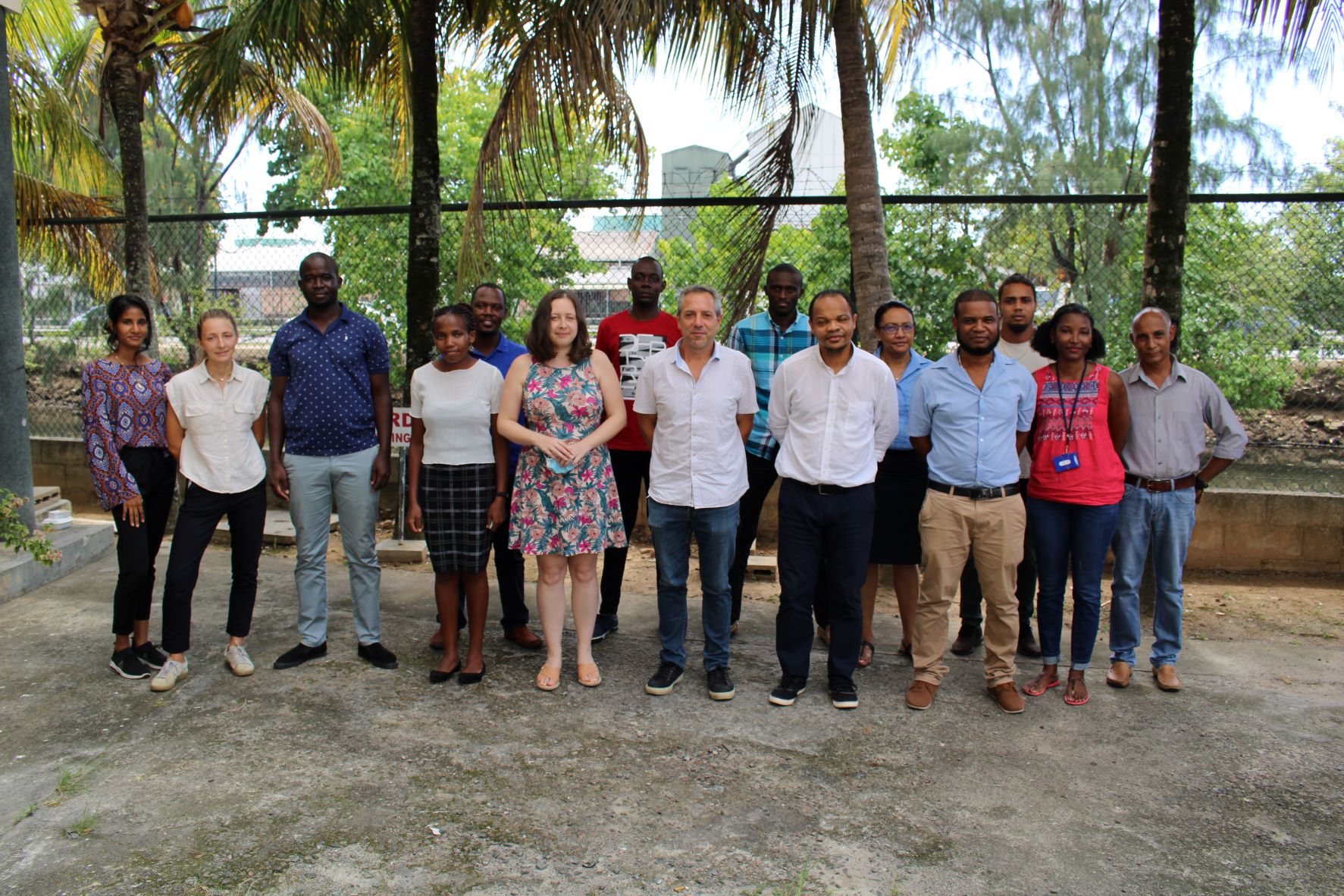 Visit to the Seychelles Meteorological Authority, partner of the PISSARO project 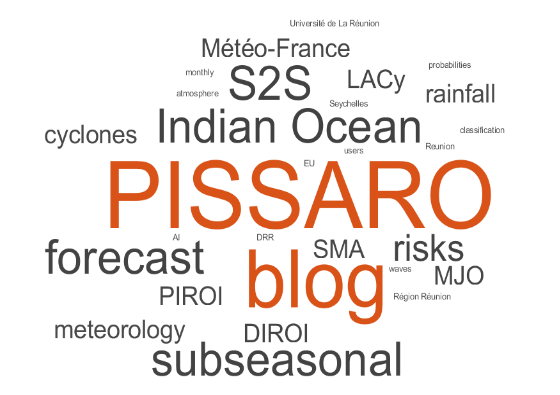 Under the supervision of: